Are knowledge transfer and the protection of intellectual property mutually exclusive

Intellectual property rights are very important for innovation and creativity – who would bother with years-long development projects when copying is much cheaper? The EU Commission has been implementing a comprehensive IPR strategy since 2011 as part of its Innovation Union.

The European IPR strategy also seeks to meet the challenges of modern media consumption (such as the internet) with regard to issues of IP. The idea is to bring about a new balance between ensuring that inventions and innovations are adequately remunerated on the one hand and promoting the widest possible access to products and services on the other.

The activities of the European Commission include:

Innovations are of great importance for growth and employment and involve social challenges. To promote this, we need an investment-friendly regulatory framework. The Working Document "Better Regulations for Innovation-Driven Investment at EU-Level", which was published by the Commission in 2016, stresses the importance of a high quality and cost-effective regulatory framework for intellectual property and introduces a number of specific proposals and initiatives.

In addition to public disclosure (publications, patents etc.) and protection (e.g. patents, design protection), companies use a variety of other means to protect themselves against counterfeiting. An impact monitoring survey carried out by the FFG in 2013 showed that, according to Austrian companies, secrecy and accelerated development are the most important tools for the protection of intellectual property. 80% of the 406 companies surveyed stated that secrecy is important (24%) or very important (56%) for the protection of their intellectual property.

Being the first company to launch a technology appears to be an attractive strategy for 74% of companies. Patents seem less important (44%) for the companies surveyed. 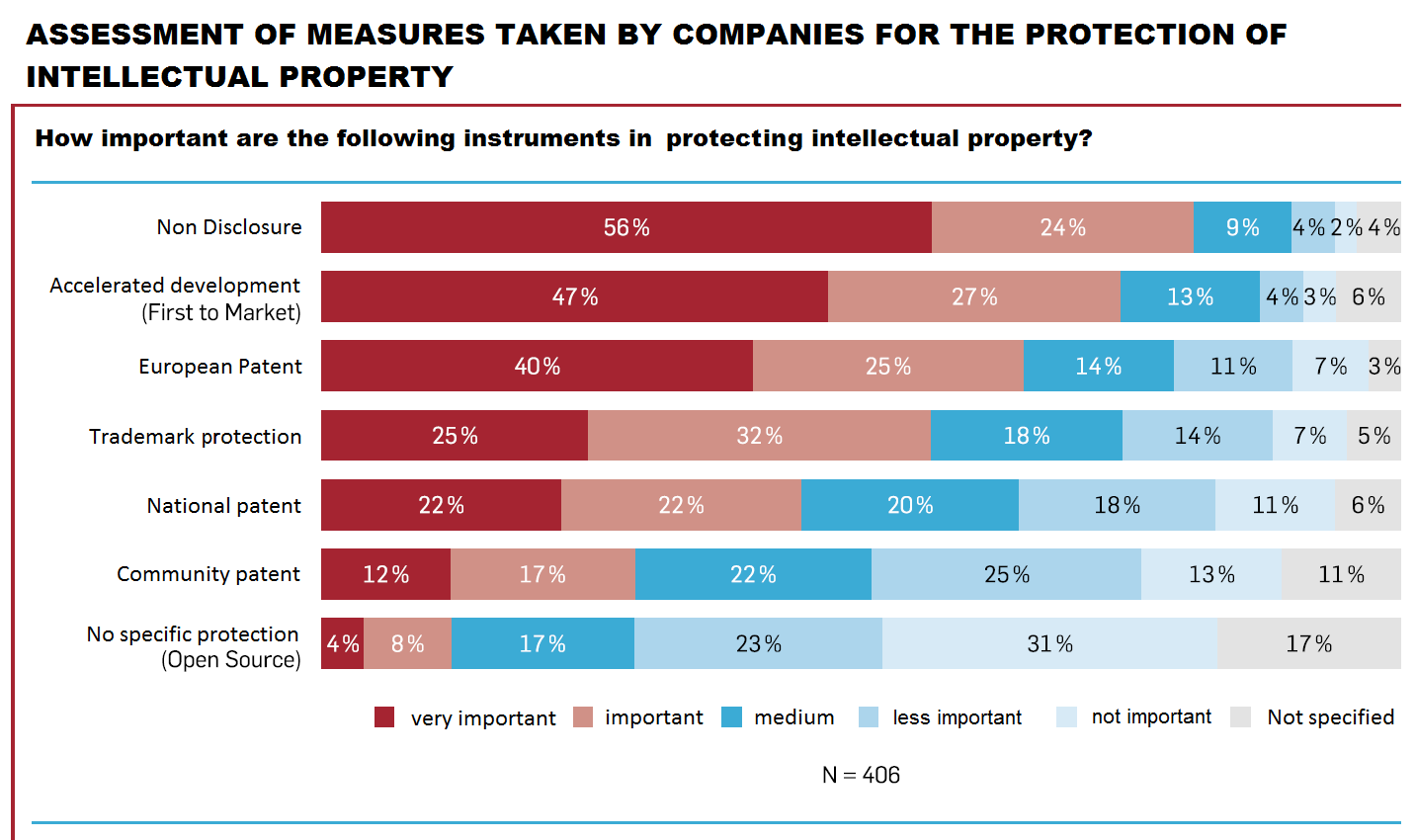 The Knowledge Transfer Study 2010 – 2012 shows the following picture for the patent situation of public research institutions and patent exploitation in Austria: 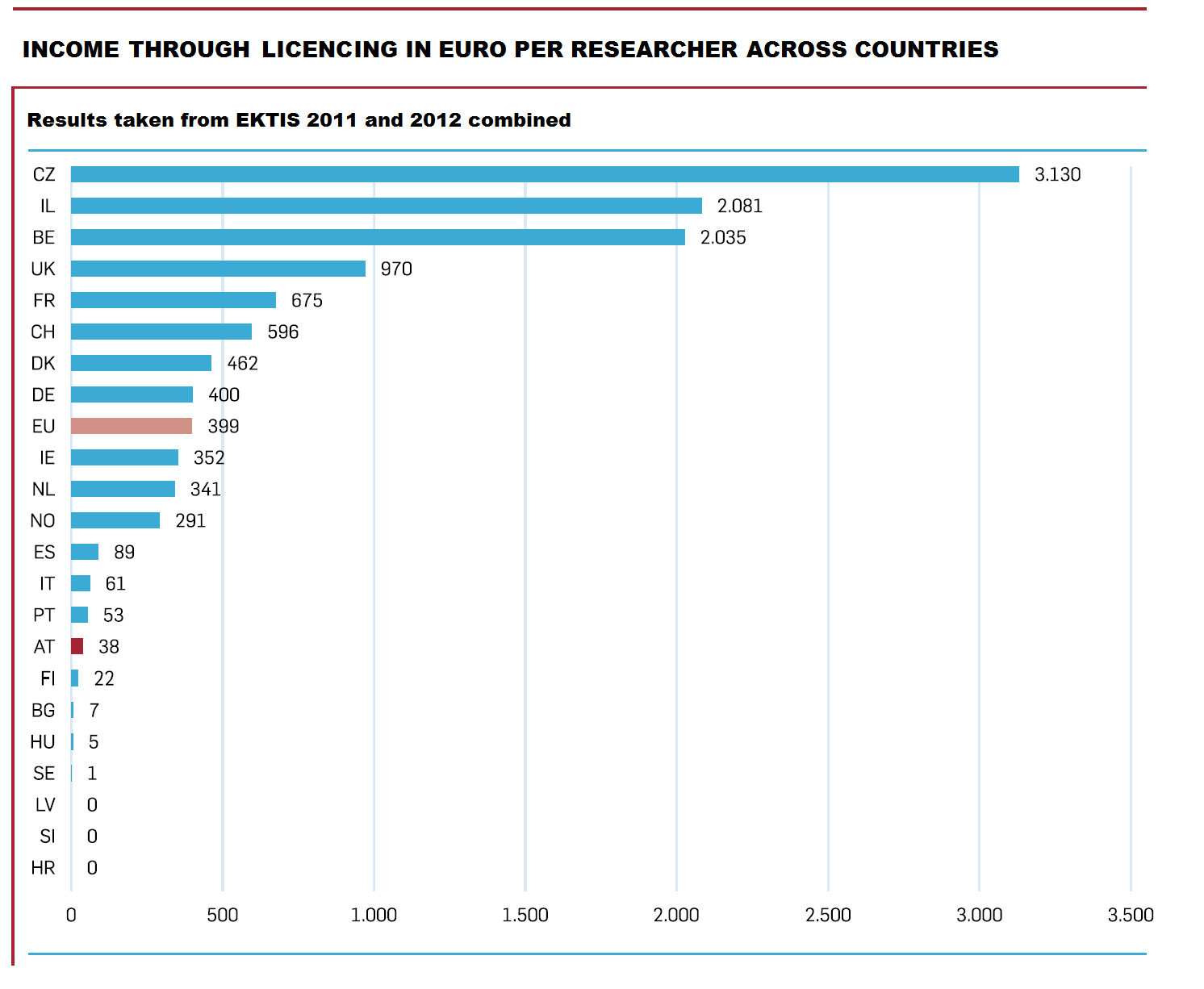 As the Austrian ERA Roadmap shows, Austria has taken great efforts in recent years to catch up and to promote the exploitation of publicly funded research [cf. https://era.gv.at/object/document/2581]

This text is an excerpt from the NCP-IP brochure "Europäisches Wissen Transferieren ” (Transferring European Knowledge).